The total number of researchers in the campus is about 700. In addition, the CNR Campus hosts a number of private industrial laboratories. These include Carlo Gavazzi Space, Alenia Areonautica, Axxam, Dompé, IRBM, Primm, STe.Bi. The arrival of personnel from SMEs and industrial groups has been promoted by National and Regional programs aiming at collaborative studies between industries and academia in the fields of pharmacology, biotechnology, ICT. Collaborations in the Campus are an important ingredient for success in competitive projects. Experts in genetics, molecular biology, biochemistry, cell biology, biophysics and immunology operate at IGB and IBBC; in mathematics, bio-informatics, engineering science, physics at IAC, ICAR and IMM; in biology and environmental sciences at IRET. This is a simplified categorization, since many different types of expertise, related to the main interests of the Institutes, are present across the Campus. 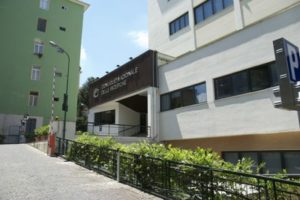 The advanced bioimaging facility run by IBBC is the coordinating facility of the Eurobioimaging Italian network and will soon become a Eurobioimaging node, when the Eurobioimaging ESFRI enters the construction phase. The IBBC facility has a tradition in correlative microscopy, having established the first modern form of correlative microscopy (CLEM) in 2000. The facility is equipped with leading edge instrumentation in several areas of light and electron microscopy. It primarily offers correlative microscopy in different forms, including video/light with electron microscopy/tomography (CLEM) The facility also offers superresolution microscopy (G-STED), high-throughput microscopy and electron microscopy and tomography. Related to bioimaging is the expertise in biosensors (design, production, with biomedical and environmental applications) developed within the IBBC. Also relevant to this is the expertise in microelectronics, sensors and  microsystems of the IMM. The development of the micro and nano-photonic technologies (usually applied in bio-medicine, ICT, aerospace and environment) is exploited to design innovative devices for in vivo bioimaging. A Raman microscopy approach to detect biomarkers in live cells is the collaborative effort of researchers at IMM and IBBC (with application in cancer early diagnosis). The ICAR contributes to this line of medical applications by developing innovative technology in the areas of High Performance Computing and Networking and of Intelligent Systems with Complex Functionalities. In particular, novel approaches for the image analysis in medicine (in the diagnosis and prognosis of tumors), and frontline ICT technologies are developed by the engineers at ICAR. A highly-used facility (also by external users) is represented by the state-of-the-art “clean rooms” for the assembly of micro and nano devices run by IMM. Data analysis, bioinformatics and biomodeling approaches are developed by the combined efforts of the scientists from the basic science, and computational Institutes. 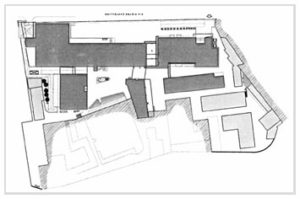 The CNR of Italy is distributed throughout the national territory with seven Departments and 107 Institutes encompassing the field of humanities, life sciences and technologies. The Campania region, and Naples in particular, hosts about twenty of these Institutes, most of them operating in life sciences and technologies. Naples also hosts five large Universities (with a total of about 5.000 researchers and professors and about 80.000 students), and other major research institutions such as the Marine Biological Station “Anton Dohrn”, and the “Telethon Institute for Genetics and Medicine” (Tigem). Thus, the city of Naples, known for its arts and history (often ignored in the international news, which favor the “glamour” of cuisine, sport or, unfortunately, criminality-related news) deserves also to be mentioned for its strong scientific presence and cultural background. For the Life Sciences, this becomes obvious from Figure 1, where the location of some of the relevant scientific Institutions are shown (for clarity, only a few examples of the CNR presence are indicated). In particular, the Research Area CNR-NA1 (the Castellino Campus, blue arrow in Figure 1) based on the hill of Naples (Vomero) in the central neighborhood known as the “Hospital Area”, is at very close distance (less than 1 km) from the “Federico II University” Medical School, the Cancer Research Hospital “Pascale”, the “Cardarelli” General Hospital, the Children Research Hospital “Santobono” and the “Center  for Genetic Engineering and Advanced Biotechnologies” (Ceinge)  (see yellow arrows in Figure 1). Other internationally known Institutions are in the Naples old city center. These include the “Anton Dohrn” Marine Biological Station, the Physics, Chemistry, Life Sciences and Humanities Departments of the Federico II University and of the Second Naples University, among others. Interestingly, the scientific tradition of this region goes a long way back in time. The Federico II University dates back to the XI century, and is one of the most ancient European Universities; moreover, the very first medical school was established in Salerno, with documents going back to the IX century. Women were also educated in the Salernitan Medical School: an important example of ancient wisdom!